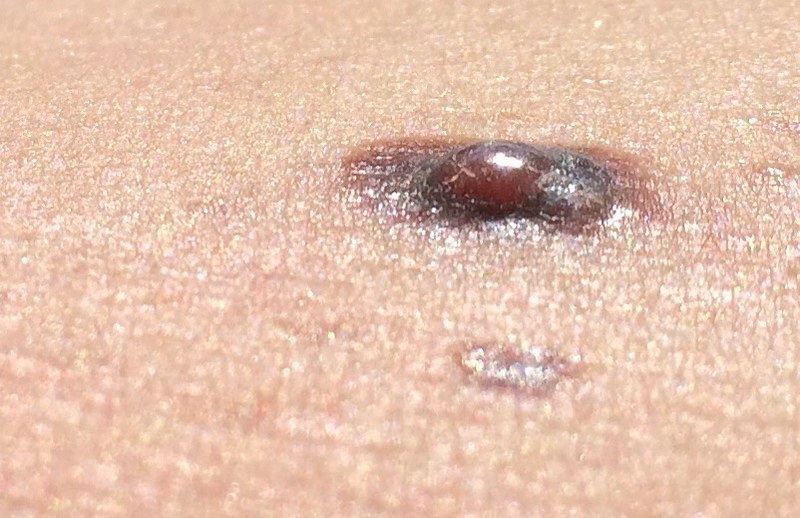 While melanoma is the least common type of skin cancer, it is by far the most virulent. It is the most common form of cancer among young adults age 25 to 29. Melanocytes are cells found in the bottom layer of the epidermis. These cells produce melanin, the substance responsible for skin pigmentation. That’s why melanomas often present as dark brown or black spots on the skin. Melanomas spread rapidly to internal organs and the lymph system, making them quite dangerous. Early detection is critical for curing this skin cancer.

Melanomas look like moles and often do grow inside existing moles. That’s why it is important for people to conduct regular self-examinations of their skin in order to detect any potential skin cancer early, when it is treatable. Most melanomas are caused by overexposure to the sun beginning in childhood. This cancer also runs in families.

Melanoma is diagnosed via a biopsy. Treatments include surgical removal, radiation therapy or chemotherapy.

What to Look For

The key to detecting skin cancers is to notice changes in your skin. Look for:

The American Academy of Dermatology has developed the following ABCDE guide for assessing whether or not a mole or other lesion may be becoming cancerous.

If any of these conditions occur, please make an appointment to see one of our dermatologists right away. The doctor may do a biopsy of the mole to determine if it is or isn’t cancerous.